The Best Walks around London 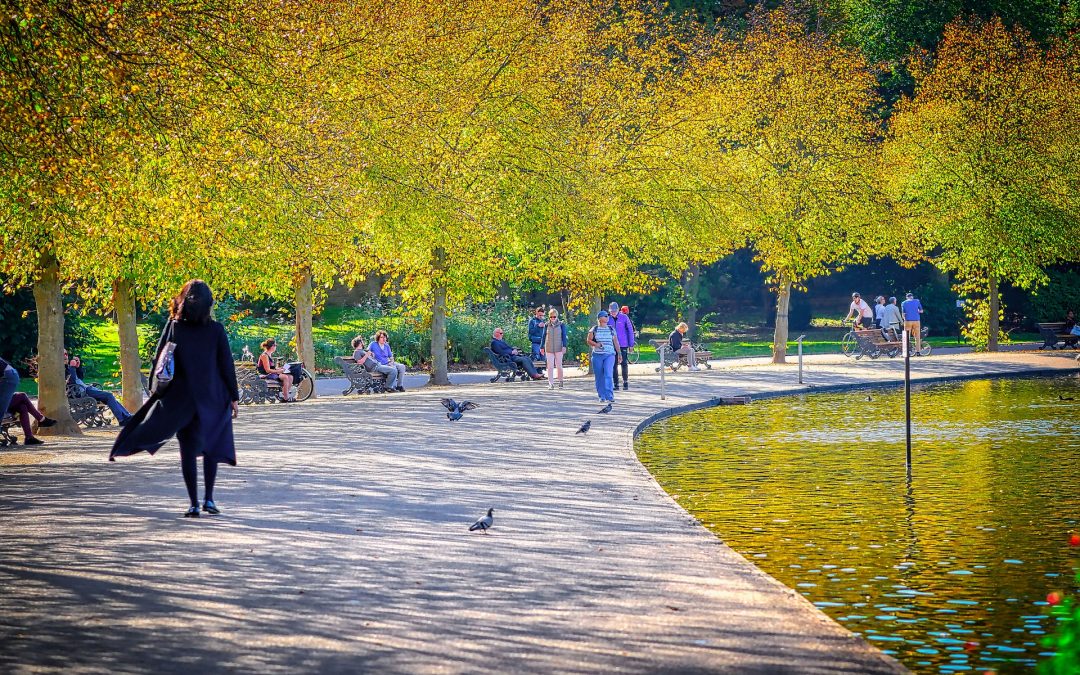 The Ultimate Guide to the Best Self-Guide walks in London

Londoners are avid walkers, and there are so many places you can visit to make the most of some of the self-guided walks in London. Unless it’s long-distance, Brits usually walk from A to B, especially if they’re going to several places that are next to each other. I must warn you, walking around London can be tiring, so make sure you take breaks between your walks.

In this guide, there are tips and recommendations on the best walks around London. Visiting major, minor attractions and hidden gems are very convenient because they’re all located near each other and its common sense to walk from one attraction to another. Walking gives you the chance to see 19th Century architecture in many London neighbourhoods, offers you fresh air when the sun is away and boosts your immune system, as well as blending in with the British culture, mixing with the locals and fellow tourists. It’s the scenery all around you that shouldn’t be taken for granted. If you’d like to cover the Southbank and the West End area, read my 4 days in London itinerary. Click on the photos for suggestions on how to make the most of your London walks.

How to make the most of the self-guided walk in Southbank, London 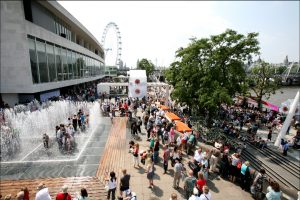 The Southbank area is the most popular area to visit and it’s located along the River Thames. The Southbank is full of busy restaurants, bars, pubs, and clubs. There are long and short running theatre shows in the National Theatre and the Southbank Centre. You can visit famous attractions like Parliament and Big Ben, Westminster Abbey, St. Paul’s Cathedral, the London Eye, The London Dungeon, and Sea Life London Aquarium. To find out more about attractions in the Southbank, read my post on things to do in the Southbank for ideas.

The Tate Modern Gallery and Shakespeare’s the Globe Theatre and Museum are also situated next to each other. If you walk further up, you’ll see the Tower of London and Tower Bridge, the Clink Museum, the ruin of Winchester Cathedral, Borough Market, and the hidden gem Maltby market open only on weekends. You will also experience many River Cruises on the River Thames, and the Golden Hinde Ship.

Although it takes around 50 minutes to an hour to walk and see views of all these attractions, you may have to cut your walk to 30 minutes a day. People spend at least 1 – 2 hours in the attractions, and a minimum of 3 hours to go inside the Tower of London with the Wardour Tour, so if you want to make the most of your walk, skip going inside all the attractions, or just visit one or two attractions. Organise what attractions you want to see during your walk. Read my Southbank Walk for more inspiration.

Transportation in the Southbank

The Southbank is also a walking distance to Number 10 Downing Street (you won’t be able to see the number 10 door though. You’ll only see protestors and people crowding around a tall black gate with police officers, nothing more), the Horse Guard Parade where you can get up close and personal with the Queen’s horses, Trafalgar Square, the free National Gallery, and the National Portrait Gallery. Once you reach Trafalgar Square, you’ll be in the West End. 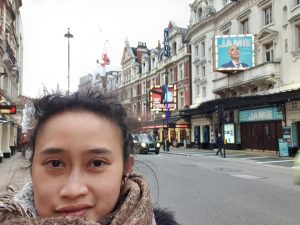 The West End is where all the tourists hang out and where all the famous attractions are. Where is the West End in London? It’s located in the West of Central London. The West End is home to Buckingham Palace, Leicester Square, Piccadilly Circus, the shopping district Regent Street, Oxford Street, and Tottenham Court Road (you can stop here on the Central Line if you want to see the British Museum). You will also find Shaftesbury Avenue, the West End theatre district. The best West End shows in London include Les Miserables, Harry Potter, and the Cursed Child, and Michael Jackson’s Thriller, among others. Once it’s safe to do so, I will write a review on some of the shows in the West End. St. James’ Park is located near Buckingham Palace and Green Park, 2 of the 8 Royal Parks of London.

You can also visit Chinatown and Soho, the restaurant and nightlife district, Trafalgar Square, Covent Garden, and the hidden gem Neil’s Yard. If you want to make the most of your walk, spend no more than 30 minutes in Trafalgar Square, Piccadilly Circus, and Leicester Square. Read my West End Walk for more information.

Transportation in the West End

Like the Southbank, the West End has many accessible public transport links. You have Oxford Circus and Bond Street Tube Underground Station serving the Bakerloo (brown line) the Central (red line) and Victoria (light blue line) if you want to go shopping in the high street and designer stores. Make sure you visit Carnaby Street, Liberty’s and Selfridges Department stores. You also have Tottenham Court Road serving the Central line and Northern (black line). Stop here for shopping in Tottenham Court Road and the British Museum.

Greenwich is in South East London, but it’s easily accessible from Central London. You mainly see locals and residential areas here, but there are many tourists that visit Greenwich because of the many attractions scattered around here. Greenwich has the large Cutty Sark Clipper Ship docked by the River Thames, the Queen’s House, once a resident to the minor members of the royal family, the small deer park situated inside an “enchanted forest”, Greenwich Park, Planetarium, the National Maritime Museum, and the Royal Observatory Greenwich which include the Prime Meridien, the home to Greenwich Mean Time (GMT).

Greenwich Park is situated next to the River Thames, and on the other side of the River Thames, you will see a beautiful view of London’s skyscraper Canary Wharf. Canary Wharf is the business district of London, and you’ll see many businesspeople having lunch and socialising here. Canary Wharf has a modern, business, and upper-class atmosphere, and you’ll usually see many 1-million-dollar apartments, modern office blocks, and many 4-to-5-star hotels, cafes and upmarket restaurants.  You can get to Canary Wharf on the DLR and get off at Canary Wharf Station, which will take you 20 minutes. Find out more about my guide on Greenwich Walk.