The Best Guide about the amazing London Aquarium 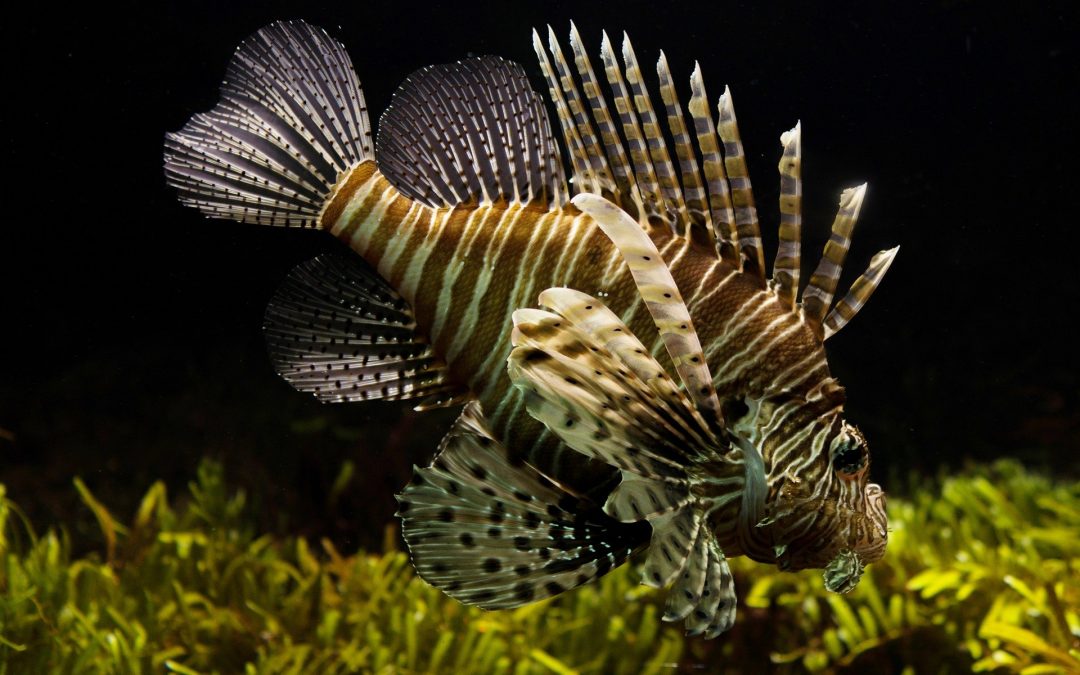 How to make the most of Sea Life London Aquarium

When making the most out of Sea Life London Aquarium, you will be immersed with more than 600 species of marine mammals in the ocean. You will also meet sharks, and stingrays. You will also explore the Amazon jungle and see beetles, spiders, and bugs. Why not visit the Polar Express where you’ll see penguins swimming the “frozen ocean”? Watch them shoot up towards the “ice sheets” at the top. Touch a live starfish with an experienced guide and get up close and personal with the sea creatures, as well as an education guide when booked in advanced.

Sea Life London Aquarium is situated by the strip of the River Thames, and it’s one of 31 things to do in Southbank London. It’s very educational for children and adults alike.

Information on different types of species in different areas of the ocean.

General information about nearby attractions.

How long to spend time in Sealife London Aquarium, tips, and useful information.

When finding tickets to visit Sea Life London Aquarium, you should check out offers in the Southbank area. You can usually buy 4 attractions (like the London Eye, the London Dungeon, Shrek Adventures, and Madame Tussauds for the price of 3). Although Madame Tussauds is situated in Camden Town, it’s only a short tube ride from Westminster Station. For example, 1 ticket for Sea Life London Aquarium is £55, so if you buy 4 attraction tickets, it would be £60. It’s worth it. Alternatively, you can buy the London Pass, and get discounts on more than 80 attractions. Don’t forget to get a Fast-Track ticket where you can jump the queue.

The beginning of the tour

The dark entrance feels like you’re going down to the bottom of the sea. You can see pictures of fishes, bubbles, pipes, submarine windows, and corals on the blue walls. You can hear music in the background, the beating of the drums, and synchronizers. The music seems suited to the environment.

The lift down sent us to Sea Life, flashing blue lights made the environment interesting. The first stage of the tour is in the Atlantic Depths.  Various types of fishes of different colours swim in several tanks. Each fish you see will give you a picture of the sea creatures, its habitat, where it’s from, their diet, and the threats. The bullet points used were clear and easy to read, especially for children under 5.

There were plenty of kids under 4 since it was a school day, and this is a great time to visit, and you can hear toddlers talking to their parents about different kinds of fishes as we walked.

In the Atlantic Depths, you can find brittle starfishes and the shanny fishes among other species. The children with their parents were in awe of the colourful corals, plants, and sea decorations in the tanks.

You will find brittle starfishes in the coastline of Western Europe. You can find them by the beach or rockpools during winter. They’re called “brittle” since they can break off when you touch their arms by other animals and humans. They’re overly sensitive, they are 2 cm long and can live up to 5 to 10 years.

Shanny fishes look like a cross between a fish and a frog. Their big eyes and mouth give it away. They can be shy, and you can find them in rock pools and shallow water around the UK coast.

Also known as the blenny, they are 15 cm long and you can find them during the winter months.

On the next leg of the tour, smiley, cute stingrays, and big fishes swam together in a glass tank. It was as if they said “Hello” to us.

You can kneel to your knees and press your hand against the glass of the plastic pool as they swim towards you. It’s an amazing experience. The tips of their sides moved in waves; it’s as if they are waving at you. Then, not for exceptionally long, they swam back into the middle of the tank. On the wall, a plaque with “Behind the Scene Tour” hung. You’d have to book that and must inquire about it.

After seeing the stingrays and big fishes, you’re able to touch a live starfish with a guide from a member of staff. She was there to help with any questions you may have. When they’re alive, they feel soft but be gentle as they are living creatures.

Starfishes belong in the Asteroidea family. Along with brittle starfishes, they can also belong in the ophiuroids family too. They are not fishes but an echinoderm. There are 2000 species of starfishes in the world, from tropical islands to stony beach areas. Some people have found that there are 20 to 40 arms on some starfishes.

Does the London Aquarium have sharks?

Yes, it does, and it includes sand tiger sharks, nurse sharks and black tip reef sharks.

You will then walk through a large, glassed tunnel consisting of water above. Stingrays and the Great White Sharks swam above, and the stingrays here were larger than the ones in the tank earlier on. Further up, get up close and personal between the huge glass with the great white sharks. Corals and shipwrecks were put into the tanks as decorations while the fishes swam.

30 tiny clown fishes swam in different directions in one small aquarium. A wall sized glass had more larger sharks and stingrays as they swam along with larger fishes on the other side. It felt like being in the set of Finding Nemo, and there were seahorses and crablike creatures among the larger fishes. It was a great experience to see different fish species in one area.

The Great White Shark is the largest marine predator and can swim up to 15 miles per hour with its powerful tails. They can get as big as 15 to 20 feet, three quarters smaller than a bus and weighs up to 2.5 tonnes.  The great white sharks do not prey on humans, but rather curious to human taste.

Stingrays are cartilaginous fishes and they’re related to the shark family. They are the most endangered and you can find them on the coast on shallow water. They are usually buried in sand and are usually idle most of the time. They can get up to 5 – 7 feet long, 7 feet across and weigh up to 790 pounds. They can also live up to 15 – 25 years.

There are around 30 clown fishes and belong in the amphiprioninae family. They got their name because of its colours; white stripes with black borders and orange markings, the colours clowns use. They are generally small with 4.3 inches in length and can live up to 4 – 8 years.

Green leaves, bamboo sticks, pine wooded walls surround the rainforest and the dark environment felt like you were in the Amazon. You could also smell fresh leaves as you enter this room.

Here, tiny blue frogs stuck themselves on the window. There were various plants and rocks to make their home comfortable, and among them were millipedes and beetles.

An interactive ranger explained all the different creatures of the forest, spoke about their homes and their diets. Further on, chirping birds, cricket noises and the hooting of the owls could be heard in the background, but there weren’t any crickets here though.

Here, you could see leafcutter ants working together to make their home comfortable. There were turtles sleeping and staying still, not caring about who watched them and rainforest fishes swimming aimlessly behind the tank. A light sounding roar of waterdrops in the tank could be heard although no water could be seen.

In the next room, dare to touch the piranha fossils, and type in the computer of what you discovered in the rainforest. You are then surrounded by different coloured jelly fish neon lights swimming on the floors, the walls, and the ceilings, though the environment was still dark. Real jellyfishes and crabs behind aquariums changed colours as the neon lights hit them at the bottom of the tank. Pinks, blues, greens, yellows, all changing continuously.

There are 200 jellyfish species in the world, and they have lived over hundreds of millions of years, way back to the dinosaurs. They stun their prey by stinging them with their tentacles and use them to defend against their predators. Some jellyfishes mature within months, then die after breeding.

Piranhas are also known as caribe or piraya. There are 60 species of piranhas and all of them have razor toothed mouth. They feed on plant-based diets and can go up to 6cm long. Colours vary incredibly from silver with orange markings to black. You can find them in lakes and rivers in South America, particularly Argentina and Colombia.

In the Polar Experience, you are surrounded by white iceberg walls, and it felt cold here. There were around 10 penguins swimming in their enclosure, splashing themselves into the deep water of the “Antarctic Ocean”. They can shoot themselves up again up on to land, and on to the edge of the ice. Their names were given and put up on the walls. The only difficulty was taking pictures since water covered the glass between us, consequently, it would blur in photos.

You can get to Sea life Aquarium by tube. Get off at Westminster Station and walk across Westminster Bridge over the River Thames. There are also several buses that will take you to Southbank and Westminster.

Sea Life Aquarium London is a self-guided tour and takes roughly 2 hours to visit, but spend as much time as you’d like here. Please note that children under the age of 15 must be accompanied by an adult. If you want to find out more about opening times, ticket prices and COVID information, check their website for more details.

Other attractions worth visiting are Westminster Abbey, Big Ben (although the clock tower is going through a major refurbishment, it’s covered by a blanket right now until 2022), Madame Tussauds, Shrek the Experience, London Dungeon, London Eye, the view of the River Thames, Shakespeare’s Globe Theatre and Tate Gallery. Opposite the Tate Gallery, cross the Millennium Bridge, you will end up in Fleet Street where you can see St. Paul’s Cathedral. These are some attractions that are worth seeing and more while going on the Southbank walk.

Allow yourself 1 and a half hours here. A lot of people buy tickets to visit Sealife London Aquarium with other attractions nearby. Buy the Fast Track Ticket in the The London Pass website. They offer great VIP benefits and would be much cheaper to buy if you’re spending 3 days in London or 4 days in London.

Visit during the time when children are at school. School holidays can be busy, especially during Behind-the-Scenes tour.

Sea Life London Aquarium is one of London’s Top 10 Attractions, especially for children, but I feel there are better places to visit like the 8 Royal Parks of London, and the West End Walk.

If you have any questions regarding the Sea Life London Aquarium, please contact me on Facebook and follow me on social media, but for now, be safe and take care!!!