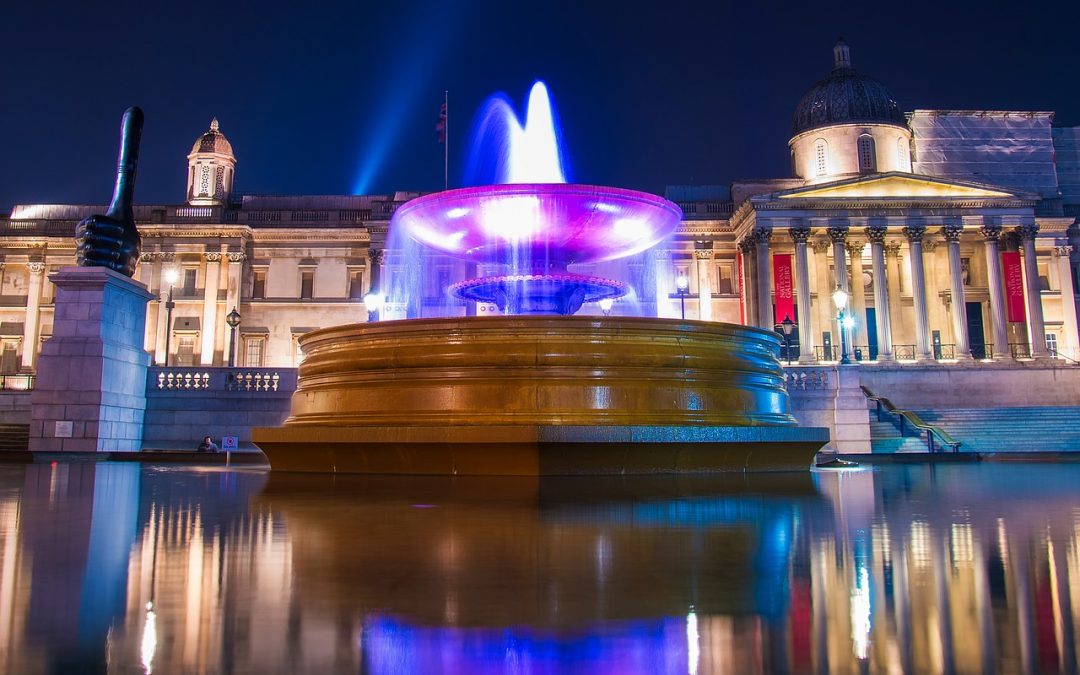 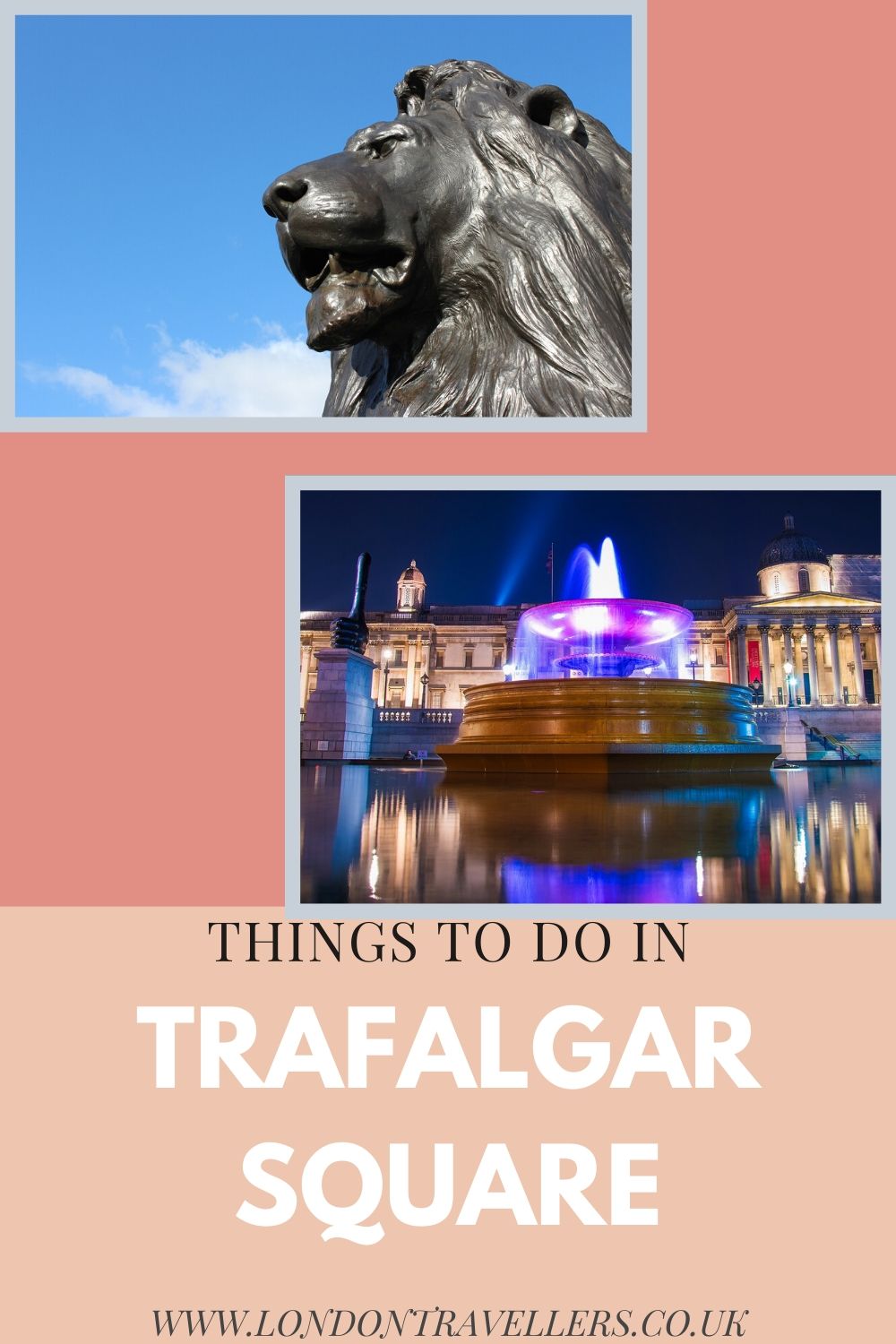 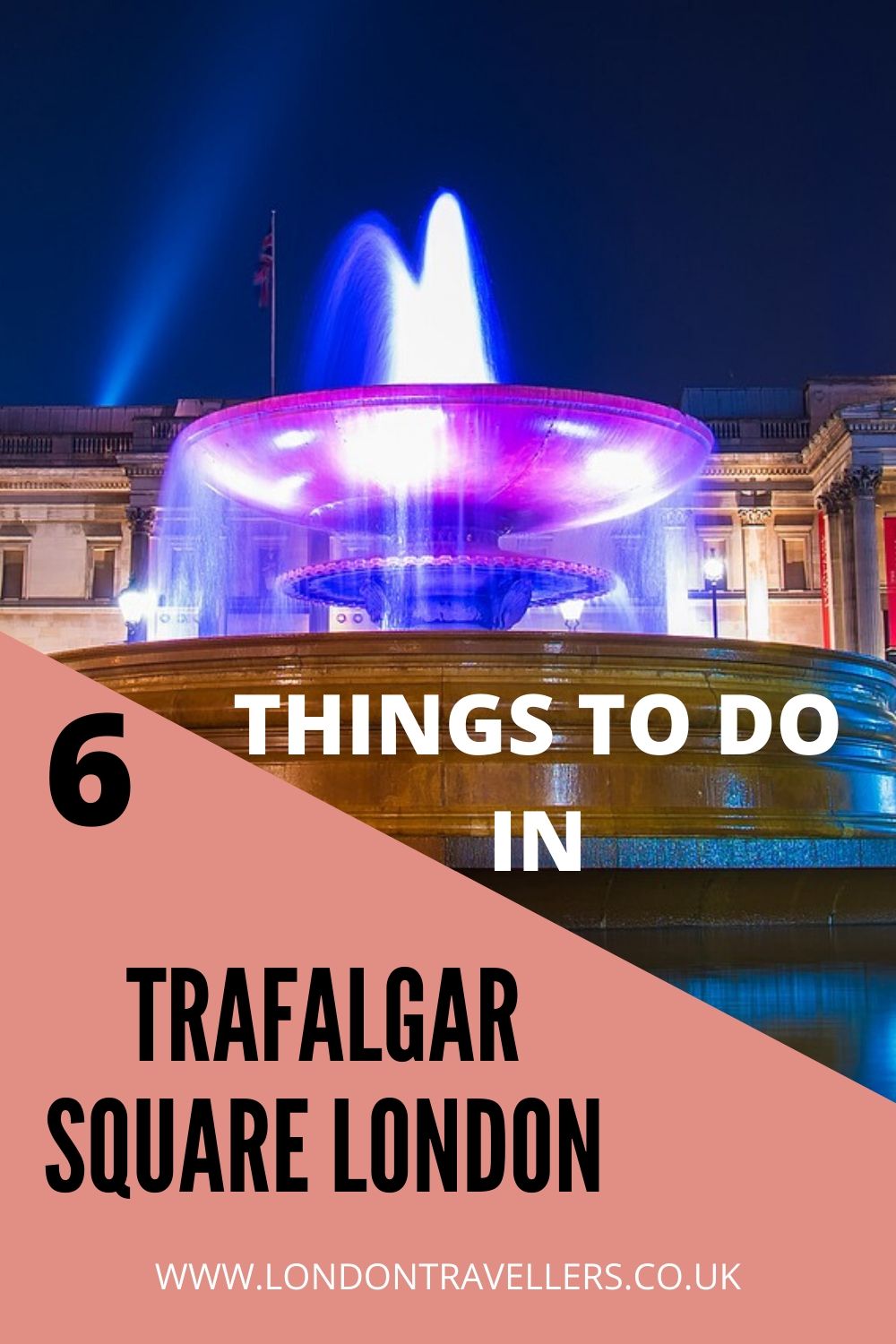 London Trafalgar Square Events has always been a meeting point for the community to come together. It’s also a place for socialisation, relaxation and a place to have your lunch when on quiet periods. Organised by the Mayor of London, events in Trafalgar Square is always buzzing and vibrant.

Trafalgar Square has always been a major tourist attraction because of its history and its location in the heart of Central London. What does Trafalgar Square represent?

Trafalgar Square not only is an icon but celebrates the victory of the Battle of Trafalgar. The British naval won against the Napoleonic War between France and Spain in 1805. The tall Nelson’s Column standing in the middle commemorates Admiral Horatio Nelson who brought excellent strategic plans within the British navy, later died in the Battle of Trafalgar, hence the name Trafalgar Square.

In the modern day, Trafalgar Square is a great social place to sit, eat and socialise with friends and family. Four giant lions stand at around 10 feet tall around the Square. Lions have always been the national symbol for British celebrations, whether it be sports, victories during wars. It symbolises power and strength in the economy and other social statuses.

The many mermaid fountains found in the square is to commemorate Admiral Jellycoe and Beatty, two British navy admirals in the Battle of Jutland, 1916. The UK has had many turmoil and downturns going back to the 11th Century and it has made our present country stronger and better economically, socially and politically. Consequently, the nation opened Trafalgar Square for the public to celebrate the many victories the UK won.

There used to be thousands of pigeons in the square but for health, safety and animal cruelty reasons, we had to stop feeding them. If you get caught feeding them, you get fined up to £500.

There are so many City of London events in and around London, but nothing compares to events in Trafalgar Square. In this post, I will run down major events that have happened in the past and will continue. Click on the photos to see my experience in that event.

Right now, since COVID-19 has spread, a lot of events have been cancelled but hopefully, in the future, events will carry on as normal. Also, feel free to enjoy Trafalgar Square when it’s really quiet (usually, it’s really quiet when there’s no events happening) to get a good head space.

Introduction to events in Trafalgar Square

Battles failed, people lost, the economy collapsed but the nation always stands strong later. Today’s national celebrations and festivals are still celebrated today since Trafalgar Square opened to remember the various battles won, reminisce the lives lost in the past. In the modern day, we celebrate multi-culture, political and social demonstrations and art.

London is a multi-cultural city and people from all over the world have immigrated here to live a better life.

During quiet periods, Trafalgar Square is a place to get out of the hustle and bustle of city life.

Check out meal deals in supermarkets like Tesco and Sainsbury’s for lunch. £5 will buy you a bottle of drink, a packet of crisps (potato chips) or a bar of chocolate and a sandwich. There are also two pubs by Whitehall, The Silver Cross or The Lord Moon of the Mall.

Best time to visit is when there’s no major events in Trafalgar Square as this is the quietest time and the best thing is it’s free.

What is there to do in Trafalgar Square?

Walk through Whitehall, at the end of the street, you’ll end up in Westminster. The City of Westminster consists of Big Ben and Westminster Abbey. By bus, it will take approximately five minutes.

Once you reach Westminster, cross Westminster Bridge, you’ll see the London Eye, Sea life Aquarium, London Dungeon, Shrek The Experience and rows of restaurants, cafes. Further up, you will see the Shakespeare Theatre and Globe Theatre, the National Theatre and Southbank Centre.

There’s more to Trafalgar Square than meets the eye. The Chinese New Year always starts with a parade down Charing Cross Road, near Trafalgar Square. You would see dancing dragons, martial arts and Chinese people dressing up in Chinese traditional costumes. In Trafalgar Square, on stage, the Mayor of London, the Councillor of Westminster and the Ambassador of China come together to celebrate it with the nation. There’s usually stalls selling Chinese food and Chinese souvenirs and products. In Chinatown, reserve a table in one of the Chinese restaurants and hopefully, the dancing dragon will give you a visit in the restaurant. Click on the picture to see my day celebrating the festival. Since London is a multicultural country, we celebrate different religions and festivals from all over the world. Because of our large Muslim, Christian and Hindu community, why not celebrate it in style in Trafalgar Square? Christmas usually finds 5 Christmas stalls scattered in the square alongside a tall Christmas tree in the middle, although there’d only be 5 stalls nearby. Diwali usually finds Indian dancing with their multicoloured saris. Eid Festival celebrates the end of Ramadhan where there will be food stalls, music and family fun. When people think of New Year’s Eve in London, they think of going to the London Eye. They celebrate and enjoy fireworks there. If you happen to be in Trafalgar Square on NYE, why not celebrate and enjoy fireworks here too. There will be crowds of people gathered together and you can see a glimpse of the London Eye from here. Although it’s far away from the Southbank, celebrating New Year’s Eve in Trafalgar Square is just as fun. To be honest, the crowd in the Southbank area and Trafalgar Square isn’t any different so pick your spot wisely. England and Ireland has had a close relationship historically, economically and socially. Around 1 in 4 English people have Irish heritage. Irish people have immigrated here since the early 19th Century when Britain colonised them. On the 17th March, many Irish living in London celebrate St. Patrick’s Day in order to celebrate the death of the patron Irish Saint Patrick in AD 385-461. There are usually Irish dancing, Irish musicians, parades and many more. Like St. Patrick’s Day, the English celebrate the death of our patron English Saint George on 23 April. It was thought he was a soldier in the Roman army, killed a dragon to save a princess. Now St. George’s Day is a national day for the Brits to celebrate his death. In Trafalgar Square, when I went in 2016, there were various people in fancy dress costumes, English ladies wearing red and white dancing, waving their British flags above, people teaching children how to tap dance and British drummers with their red and white uniform. OTHER EVENTS IN TRAFALGAR SQUARE

Other events in Trafalgar Square include demonstrations on climate change, animal cruelty and free speech and politics where Londoners gather round to ask questions about the current economic situation. There are other countless events coming up in the near future.

So whatever it is you want to celebrate, whatever background you’ve celebrated as a child, Trafalgar Square is the main hub for current events and parties. There’s always something going on. 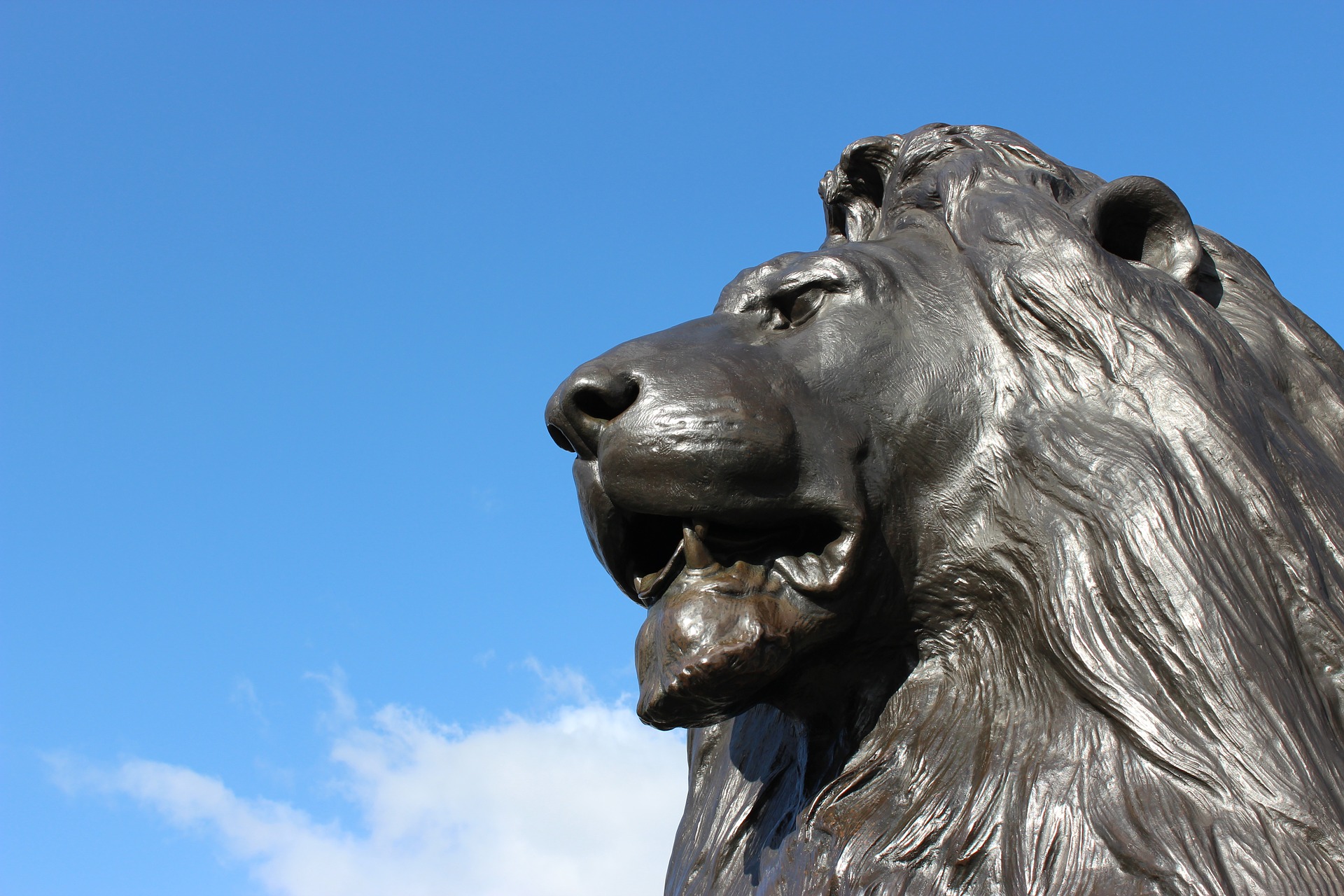 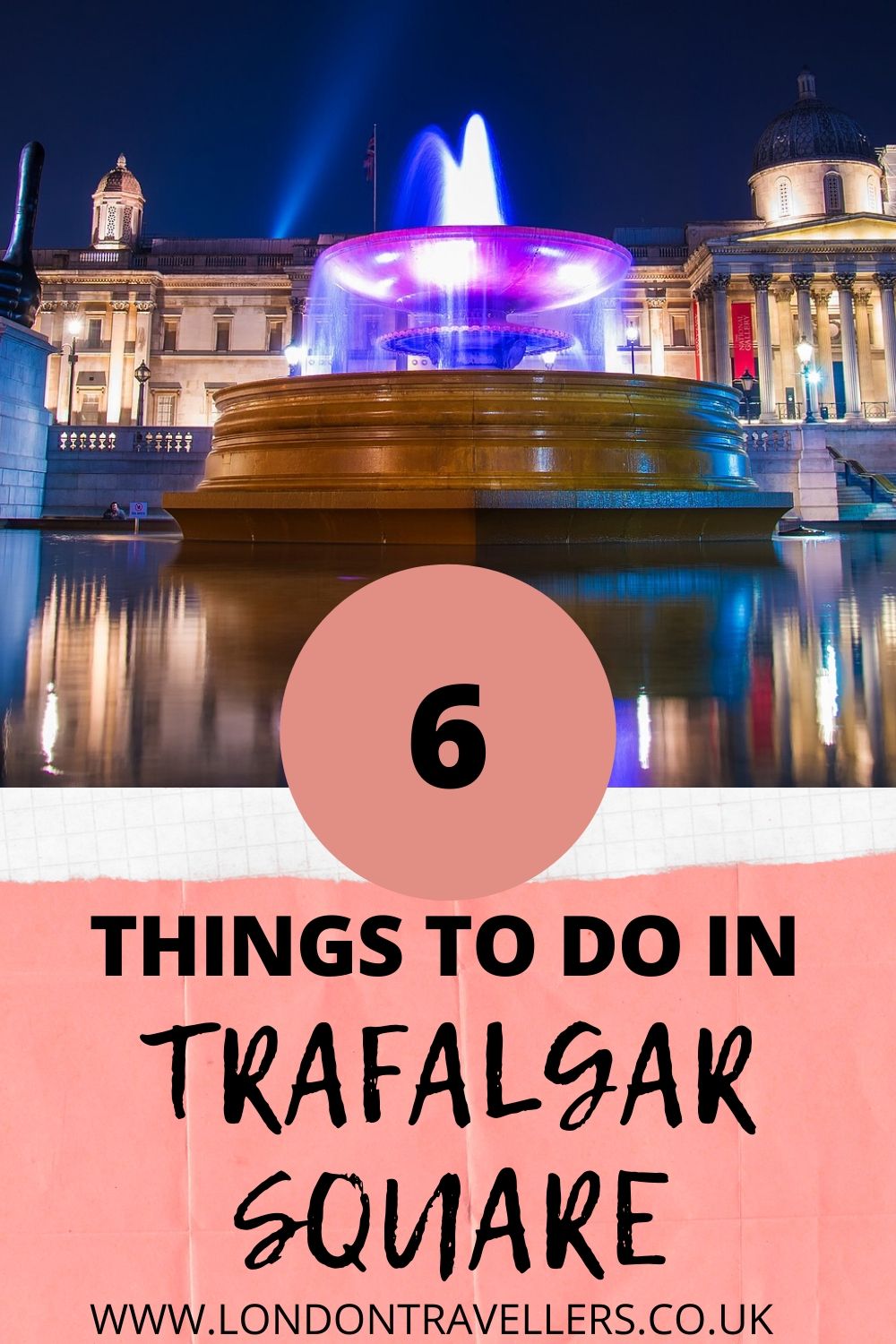 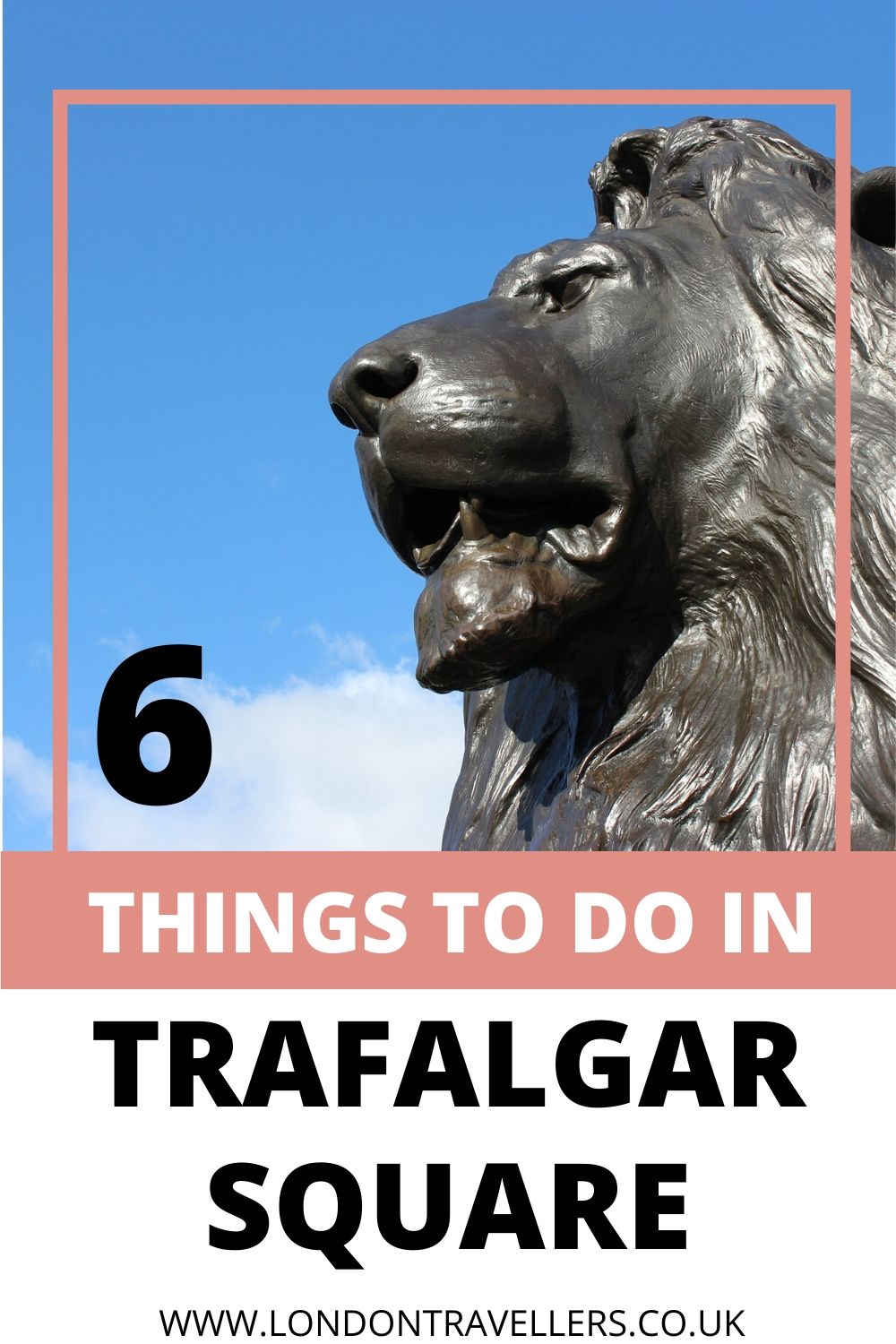