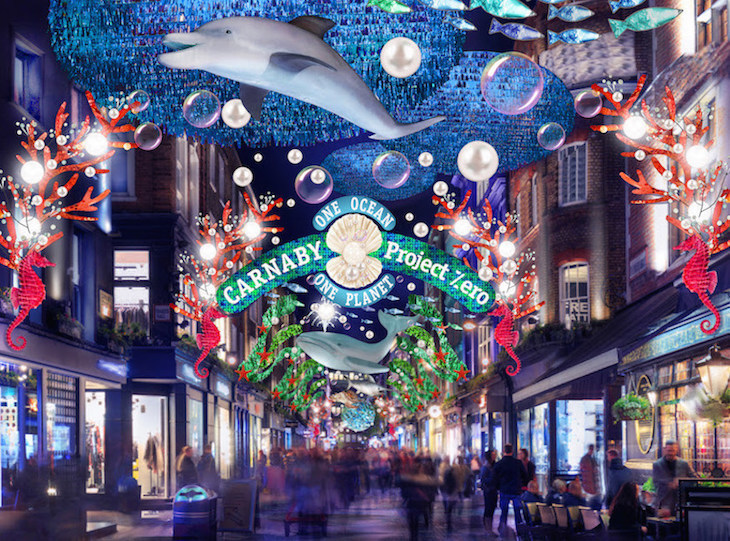 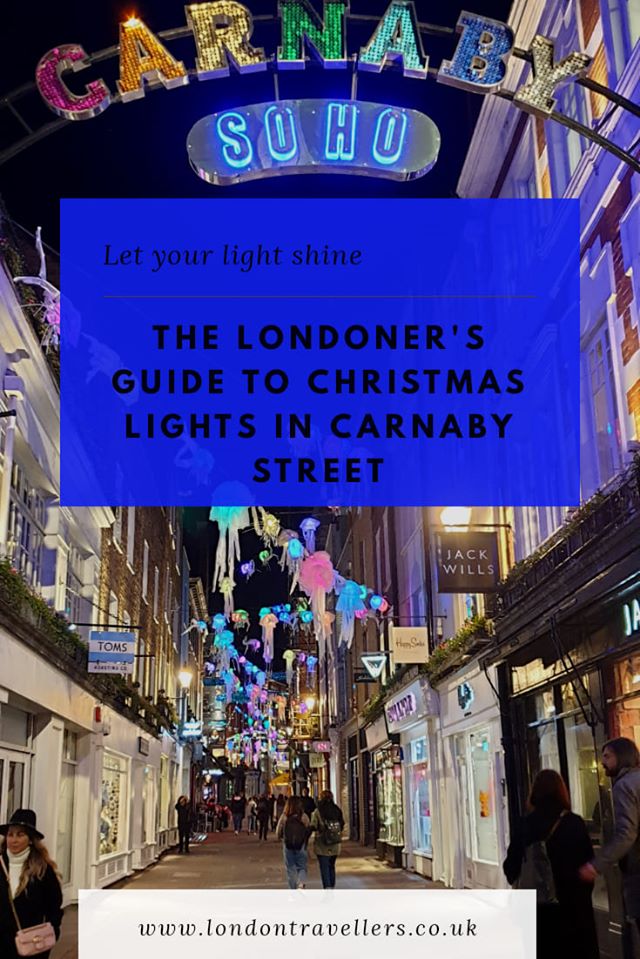 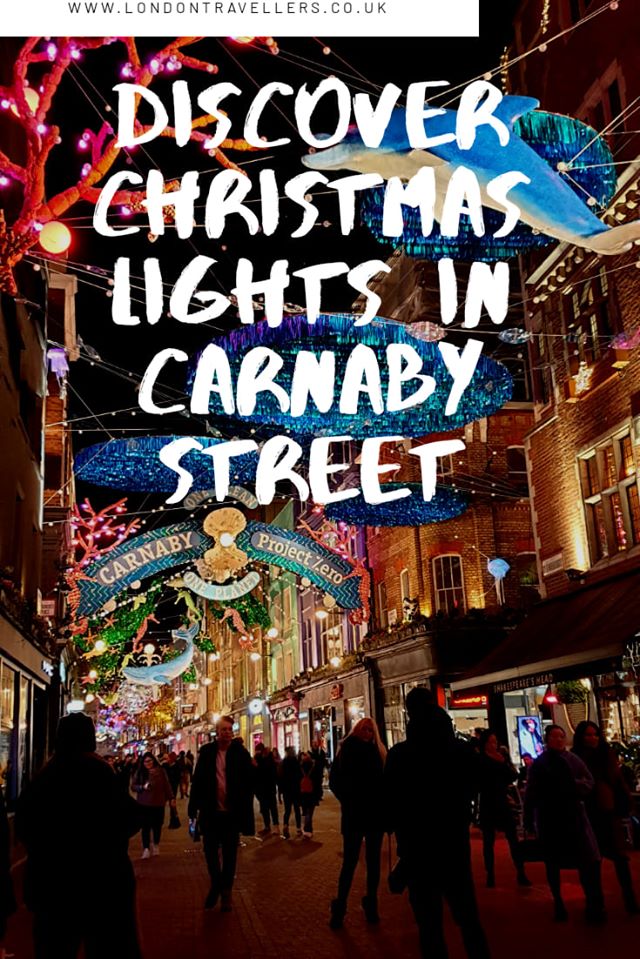 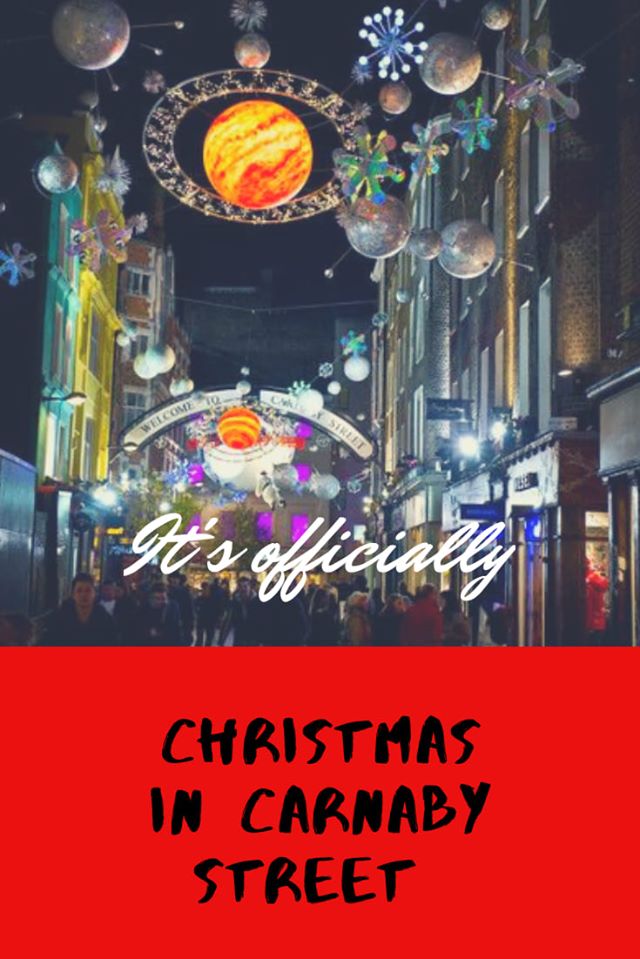 Introduction to the Christmas lights in Carnaby Street

OK, if you’re looking for sustainability and saving the planet, then Christmas lights in Carnaby Street is the place to be. In 2019, Carnaby Street worked together with an ocean conservation charity Project Zero in order to achieve green lighting and eco-friendly materials. On the website, it said that Carnaby Street will shimmer and shine brightly with ocean themed lights. They kept their words “shimmery and bright”. I was so in awe with how well they kept their promise.

I went to Carnaby Street when it became dark. Compared to the lights in London, Carnaby Street had the most lighting and colours. The theme had animals and sends a message to save the planet: save the forest or the ocean. Everywhere I go, the lights and decorations had the underwater theme. Before I start my experience on the Christmas lights in Carnaby Street, let’s read about the history of this British iconic street we call Carnaby Street.

Carnaby Street is a little alleyway street where people walk up and down, window shopping, sipping coffee, people watching and enjoying the British environment. Cars and other vehicles are not able to get through. It’s a public footpath with lots of small retail shops like fashion and beauty, small restaurants and cafes and it’s always busy with people. The reason why you should visit Carnaby Street is the fact there’s lots of boutique stores, away from the chained stores in Regent Street and Oxford Street. This is the reason why I go there. It’s for the boutique stores. I’m so sick and tired of shopping in chained stores like H&M and Zara. Everyone where’s the same clothes lol.

The history of Carnaby street dates back to the sixties. The Who and The Rolling Stones hung out at the Marquee Club nearby (Now The Montagu Pyke Pub). Not only big musical artists but fashion brands made great changes to its style unlike their high street brands. I have been to The Montague Pyke Pub and I have to honestly say that it’s like any old pub in London. The last time I visited, I felt like I stepping back in time, knowing The Who and The Rolling Stones played here. There’s also a huge poster at the top of the pub to show who was playing at the Marquee Club. 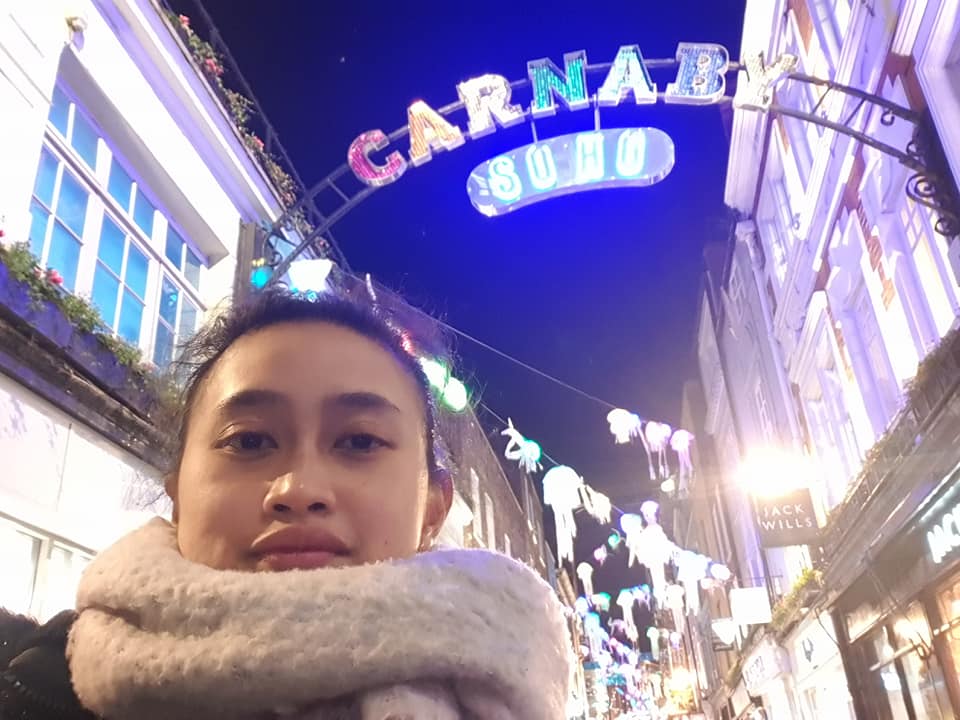 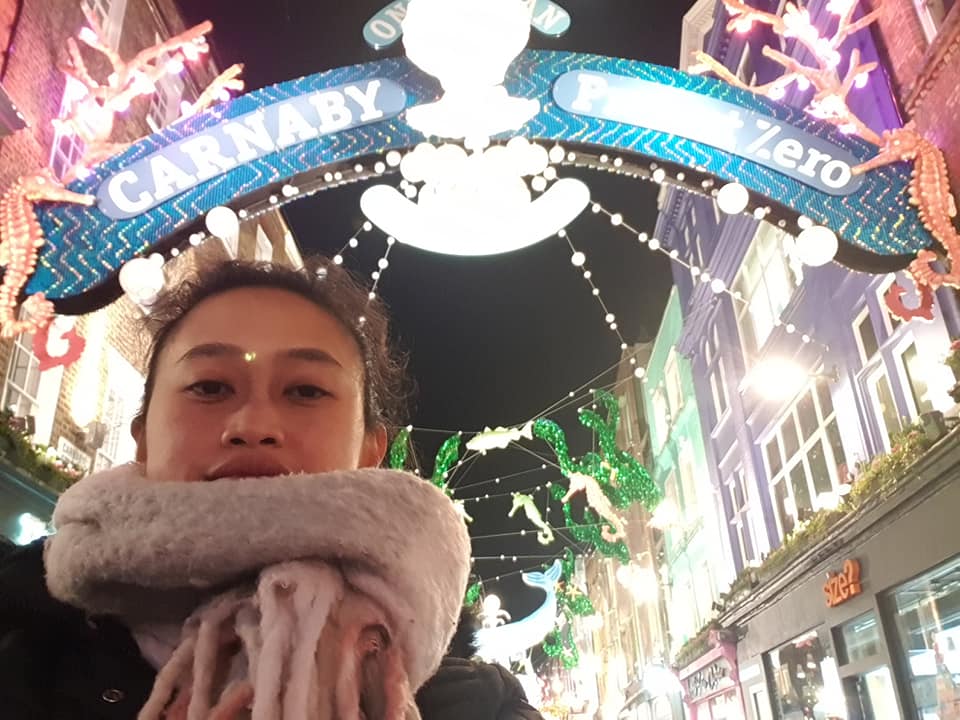 I decided to check out the small cobbled alleyway street we call Carnaby Street. Walk straight on until you see the Liberty store. Find Great Marlborough Street. Go through this street and on your right, there you will see Carnaby Street. It is hidden behind Liberty Department Store.

A few people still walked up and down at around seven in the evening. The street was still bright and colourful as ever. It made the dark night even brighter. There was a Carnaby sign at the top of the street. The letters on the sign changed to a colourful one. A pink C. An orange A. A yellow R. A green N. A light blue A. A dark blue B and a yellow Y twinkled at the top with a “Soho” sign at the bottom. It did make the environment feel festive.

As I walked further into the street, there were several different coloured squids floating around the top of the buildings. They were strewn here and there. The eco-friendly squid made of plastic material, moved back and forth, blown from the wind. They had changing neon colours from pinks, yellows, purples, greens, oranges, reds all floating above me. I felt Carnaby Street was under the ocean.

I walked to the main Carnaby Street as I thought I had seen everything. That was where all the bright lights with an ocean themed environment while making it more festive were. I saw big bright orange corals and small light bulbs strewn above the street. I saw a few large bright blue dolphins hung at the top, and what looked like blue splodges of water made of tinsel as well as sparkly weeds fish and seahorses. The Carnaby Project Zero One Planet sign hung at the top, in the middle of the street.

I’ve never been the one to like crowded things whether it’s people or decorations in general but the Carnaby Street Christmas lights were one not to be missed. I actually felt that Carnaby Street was under the ocean and I enjoyed the lights more here than in Regent Street and Oxford Street.

What are the best Christmas lights in London?

Although Carnaby Street is very small (from the pictures you see online, it looks very  intimate, it is but it’s always busy with people. I could say that it’s intimate and vibrant at the same time. During Christmas, it made it that much special since I saw a few people taking photos under the lights.

I was very impressed with the fact that they are trying to save the planet working with the Project Zero charity and using sustainable eco friendly materials. I had no idea that they used green materials. Usually, you could tell the difference between sustainable material and normal material when making projects like this but this time, they did a great job. I’m more impressed with the lights here than the lights in Regent Street and Oxford Street.

The only advice I can give you is to be prepared for the rain and to watch out for people when making videos. That’s it.

Go in the evening, it’s so much better and when you visit, you can donate to the Project Zero charity to save the planet. You can go to the Carnaby Street website or the Planet Zero website to donate.

Take as much time as you need here and check out the boutique stores, coffee shops and restaurants for Christmas shopping, lunches and dinner. You’ll find quirkier gifts here than Regent Street and Oxford Street.

Well, what more can I say about Carnaby Street Christmas lights? It’s perfect, it’s ethical, it’s saving the planet, it’s colourful and it’s for ocean and animal lovers. Although the street is smaller than Regent Street and Oxford Street, it’s the best one to see for 2020. I say this because Carnaby Street is always colourful like this every year or even better.

Is it worth visiting London in December?

Yes, it’s worth visiting London in December. Although London is great in spring and summer with the flowers and the hot weather, London has so much to offer. London is not just about Christmas lights, it’s more than that. Visit my post on places to visit in December in London.